Being Kind to Delhi 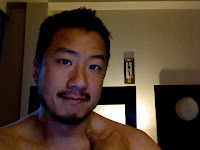 Our impressions of a place are circumstantial. Even if one visits a site many times or ends up living there, it is a unique perspective based on opportunity and chance, and how one sees the world. After almost 9 years in Sydney, I know my vision of Sydney is particular based on the neighbourhoods I’ve lived in, the life I’ve lead.

So, my snapshot of Delhi will be even more subjective as it’s only my second trip here. But already, I’m delighted. The first trip was at short notice. If I recall correctly, I flew the morning of Sydney’s Mardi Gras party, leaving the showgrounds at about 4am, was it? I arrived, after a long flight (probably going through Thailand, it would have been about 8 hours, a layover, and another 5 hours to here), and rather than being swept into the throng and madness which friends had described, it was strangely quiet at the airport. I found a taxi easily enough. We drove through areas that seemed little inhabited, I couldn’t see the signs of a city. And was left at the YWCA, not without effort, on a wide road with little sign of life. I checked in, my first time in India, knowing nothing about the city, having no idea where I was and no one who’d met me or offered any advice or welcome. The meeting that followed went well enough. A kind Australian colleague showed me around the old city on my last day, and I also saw the amazing Taj Mahal. But I certainly wasn’t charmed.

I’ve only been here now on my second trip for less than 12 hours, but I’m charmed and relieved. The hotel picked me up and dropped me off, a quiet night at the airport and a quiet drive, similar to my first trip. The hotel is located is an area called PVC Sakhet, and its lobby backs onto a bustling piazza (if I can call it that) with shops and restaurants, a 24 grocery store where I bought juice and samosa at midnight, a cinema, and even a MacDonalds (serving some very interesting looking local specialties) and a Sbarro. My hotel room is modern and beautiful, the fake flowers are rather nice, the TV has a few dozen stations, and everything is relatively functional. I’ll need to borrow a convertor plug (I’m sure I bought one on a previous Indian trip but didn’t find it when packing). There’s no safe. And I had to tilt the refrigerator on to its back legs to open the door in the too tight cupboard in which its been placed.

But life is good. And I hope that my 3 days of meeting (and 1 day of rest and shopping) will go well, and that Delhi will be kind to me, as I will try to be kinder to Delhi.